Jimmy and Austin had the esteemed honor to perform and record a choral version of “Death of the Inferno” with the Singing in the Rain Family Choir last month as part of their “Sing Local” series. The result is one of the most gorgeous versions of this Bad Things classic you may ever hear. Here’s a video from the live performance. Stay tuned for more info on the CD release. 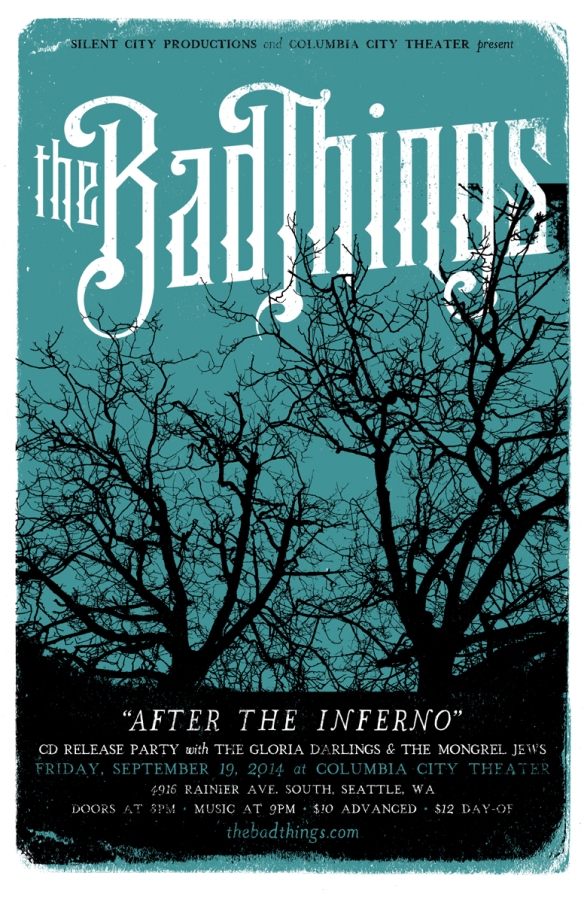 Well folks, here it is! The final track and the final preview from After the Inferno, our classic show closer “Death of the Inferno”. We always wanted to re-record this one since it’s changed musically and collected so much more meaning over the last decade of playing it live. I think this version finally captures the intensity of the live performances.

It also features guest vocals from Bill and Melissa from the late great Bat Country, Emma and Devon of Gunstreet Glory and Robert Rial of Bakelite 78. An honor to have such great voices on our album. Truly.

The positive press keeps rolling in. Morton Shlabtonik from Milwaukee’s Shepherd Express said: “The Bad Things are an Americana group with a particular perspective, which includes conjuring ghosts of the city’s militant past—a place that outsiders from old weird America called home. Recorded with stringed acoustic instruments, accordion, gently brushed drums and even a softly intoned trumpet here and there, The Bad Things bring a contemporary sensibility to folk music.”

And the Midwest Book Review said: “After the Inferno…treads the tenuous border between love and destruction. Songs resonate with a touch of sadness for the tragedies of the past, but also build upon renewed hope for the future. Intense and powerful, After the Inferno reflects resilience, perseverance, and remembrance. “

Release day’s on Tuesday! If you live in Seattle you can get physical copies at Georgetown Records, Sonic Boom, Easy Street and all Silver Platters locations (SoDo, Northgate and Bellevue). If you’re outside of Seattle you can get it at our CD Baby Music Store, via iTunes or on Knick Knack Records‘ website.

Or you can buy it directly from us at our CD Release Party at the Columbia City Theater next Friday. Get tickets now ’cause they’re going quick.